Solved: How To Fix League of Legends Critical Error – exputer.com

In 2018, Riot Games rolled an update for League of Legends that added several new features. Along with features, the update also brought a very frustrating problem to the game. This problem was the League of Legends’ critical error, which has not been fixed yet. 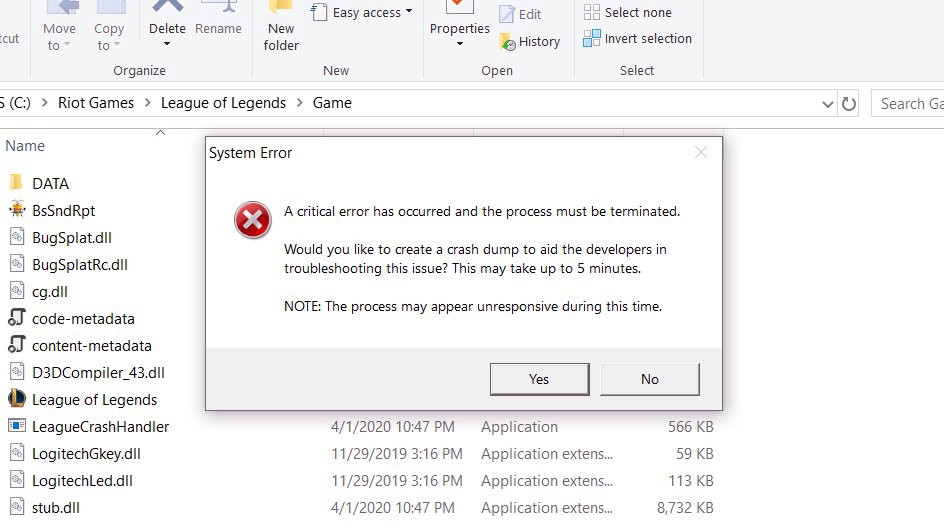 Whenever players play League of Legends. An error appears on the screen that says “a critical error has occurred and the process must be terminated”. Along with this the error also says “would you like to create a crash dump to aid the developers in troubleshooting the issue? Once you hit yes, the game crashes and there you are sitting absolutely furious.

In contrast to 2018, where we had streamer compilations of the error. The error isn’t that popular but looking at forums and Reddit, the problem is still there and apparently, Riot Games has no fix for it yet.

If you are one of those, who are struggling to find a fix for this error. Don’t worry, because we’ll fix the league of legends critical error through several proven methods. These methods are completely safe, and all you have to do is follow them in a step by step process.

First and foremost. Update your Windows and Graphics Drivers. The game already has performance and bug issues, that are related to Windows. With updated Windows and Drivers, you will not only fix the critical error but also minimize these performance and bug-related issues. In addition to that, you will also stay on the pitch with frequent LOL updates that are associated with new Windows 10 features.

Updating Windows and Graphics Drivers is quite easy. Follow the steps below. 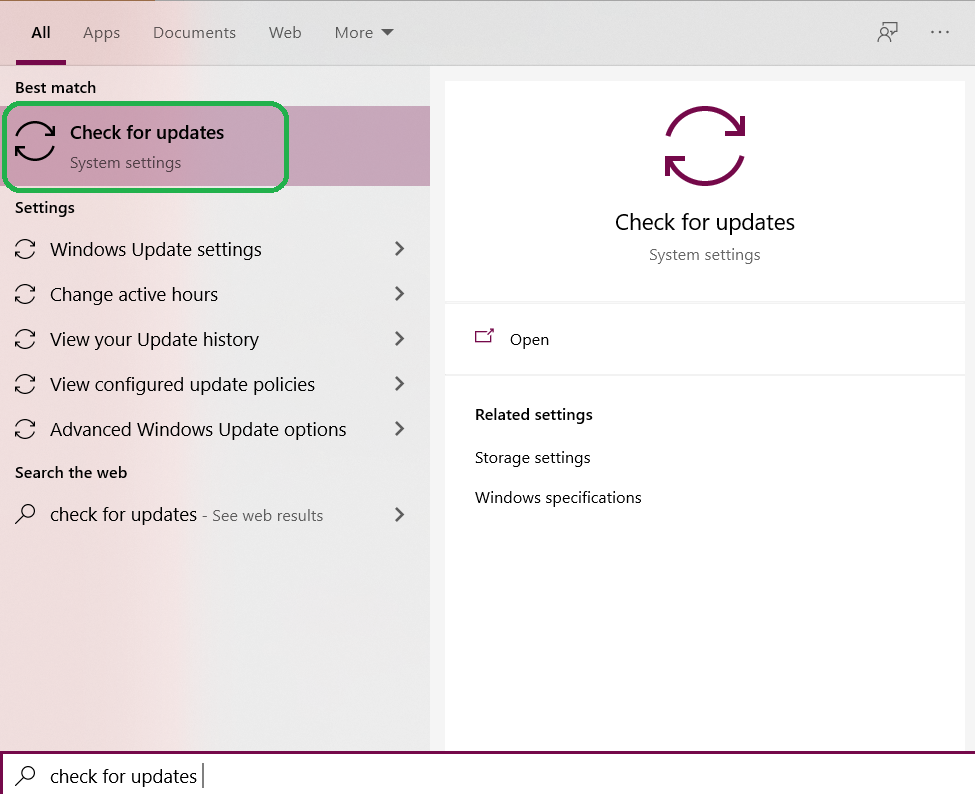 Updating Windows 10Click on Check for Updates. New Updates will automatically begin to download. In case they didn’t, then you are on the safe side. 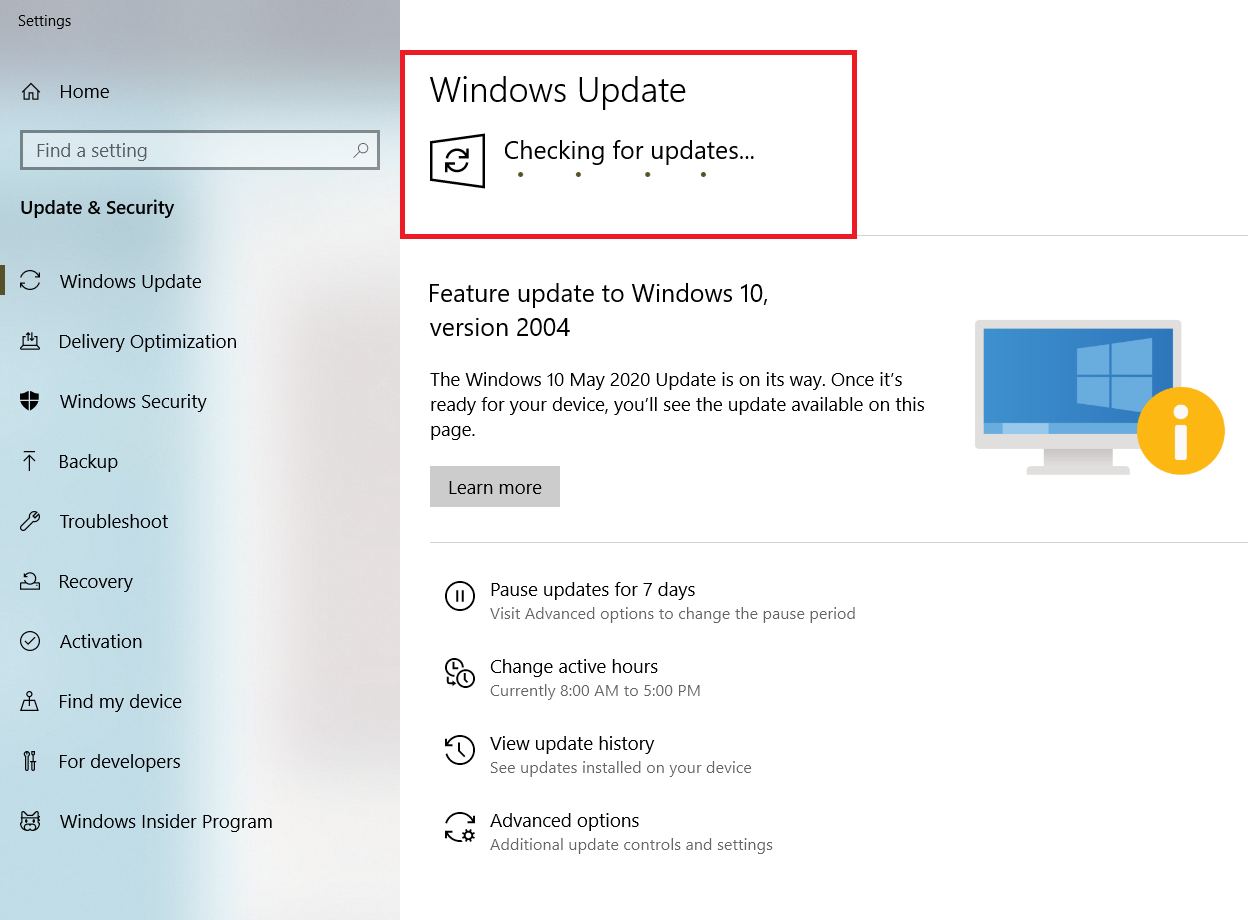 For Updating Graphics Drivers, you should know what company’s Graphics Card are you using. In case, it’s Nvidia, here is how you can ensure that Graphics Card drivers are updated to the latest version.

Open GeForce Experience. It is often located at the bottom right-hand side on the taskbar.Under Home Page, click on check for updates. 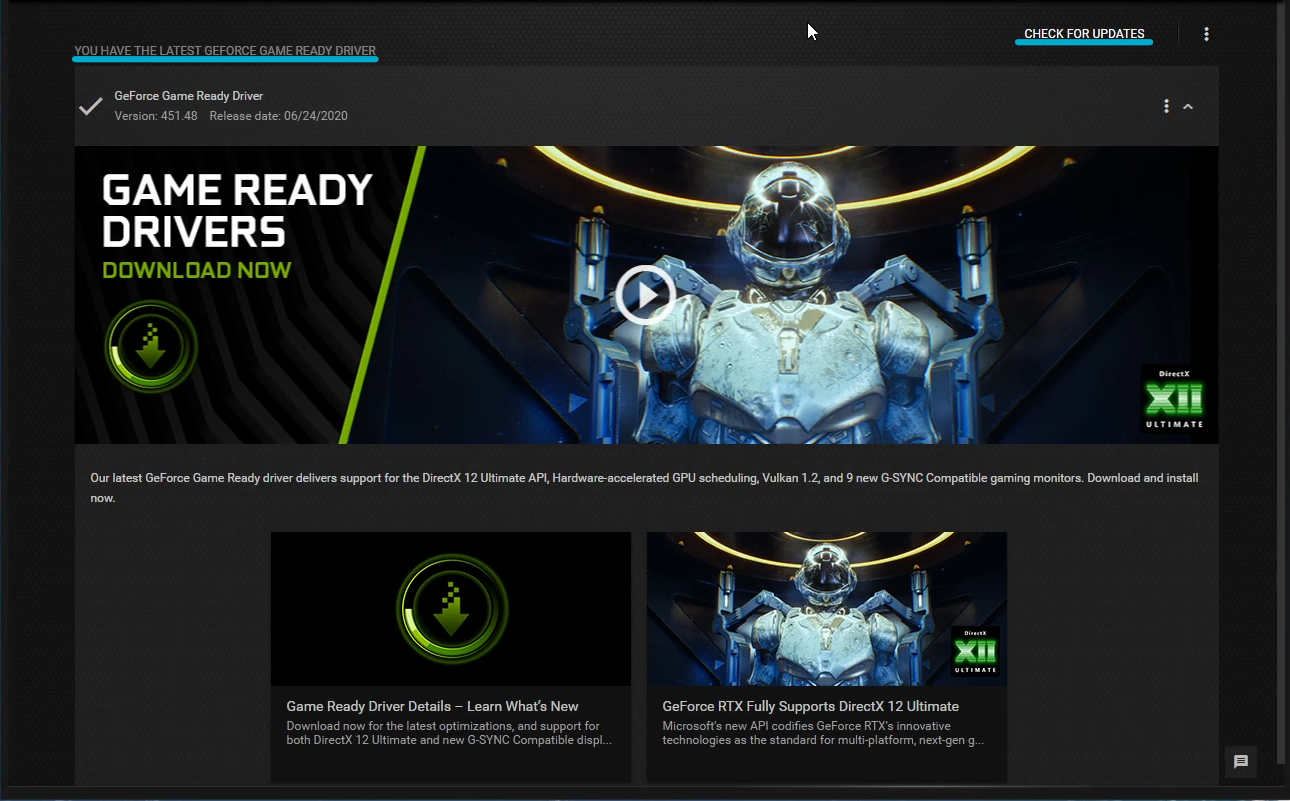 If the League of Legends critical error still didn’t fix. Then you should probably also make sure that the rest of the drivers are also updated. These drivers could either be of sound, network, or anything. You never know, what’s the reason behind these sorts of errors. I’d recommend downloading some software which could tell you what drivers need updating.

This is the most effective and proven method. The error has helped a lot of League of Legends players on Reddit and Riot Forums. There isn’t an official explanation as to why Disabling Full-Screen Optimisation, and running LOL as Administrator gets the issue fixed. However, looking at several threads, I realized that there is a pattern.

Whenever there is a certain file changed or a new file created while you play League of Legends. The game will always crash giving you a critical error message. When running with Administrator privileges, you prevent any third-party application to make changes for League of Legends. Full-Screen Optimisation has a similar purpose. When enabled, the feature allows Game Bar to take screenshots, videos, and much more. This is also related to making changes in files. Here is how you can do both and get rid of the critical error. 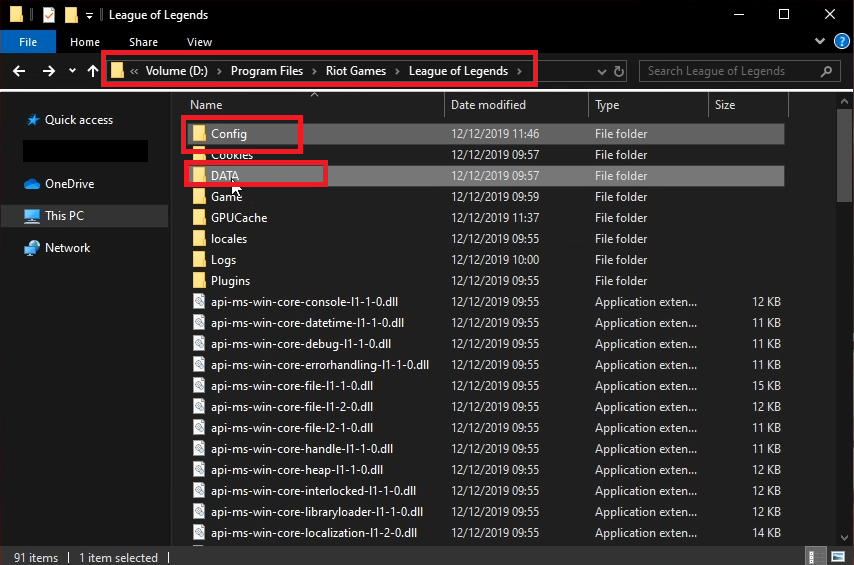 League of Legends FolderOnce deleted, go to Game Folder > Right Click League of Legends Application > Properties.Proceed to Compatibility Tab > Check “Disable full-screen optimizations” and “run this program as an administrator”. If you want you can also check High DPI Scaling under Change High DPI Settings. That would help you get stable performance.Once done, you should now be able to play League of Legends without any errors.

This method sounds stupid, but hey it worked for a lot of people so it does have an effect. The problem is that a lot of players are consistently keeping their PC’s on. This does have a drawback and could be a potential factor as to why you are getting the League of Legends critical error. If you ever happened to get a critical error. Simply restart your PC, and there are high chances it might be fixed. 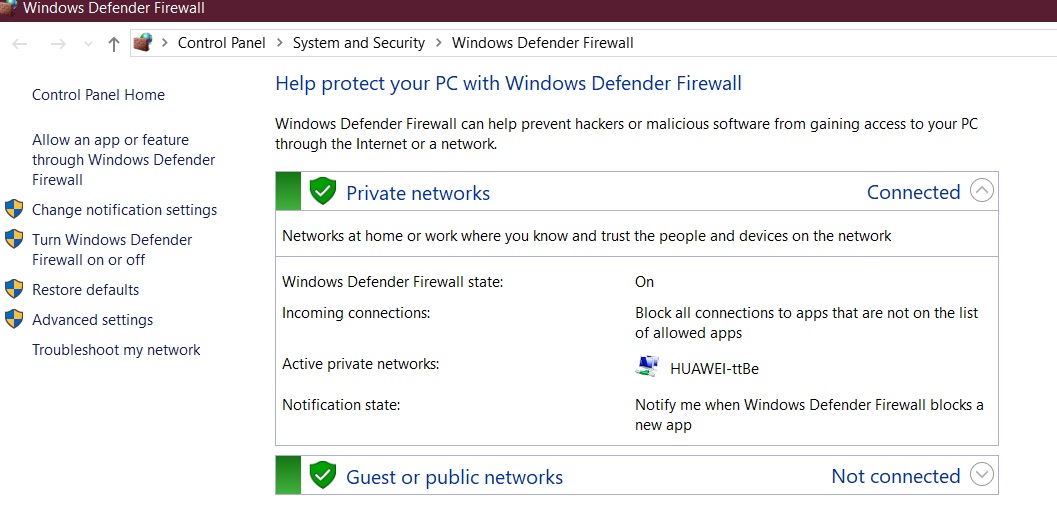 Anything that runs In the background could create conflicts for League of Legends. Whenever you play League of Legends, you will have to make sure no overlays like GeForce Experience, Riot Client, Game Bar, and Steam are open. In the same vein, you will also have to close down Ad Blockers and allow League of Legends to pass through the Firewall.

There is nothing wrong with these applications, but League of Legends is seemingly not good when external applications are consistently changing their meta.

You can go through Task Manager, and see whatever third party applications are running. Similarly, you could also disable a lot of services and applications which run through the startup. In this method, however, we’ll be strictly restricting Anvitus and Firewall to avoid creating conflicts.

Under Search > Type and Open Firewall and Security Protection. 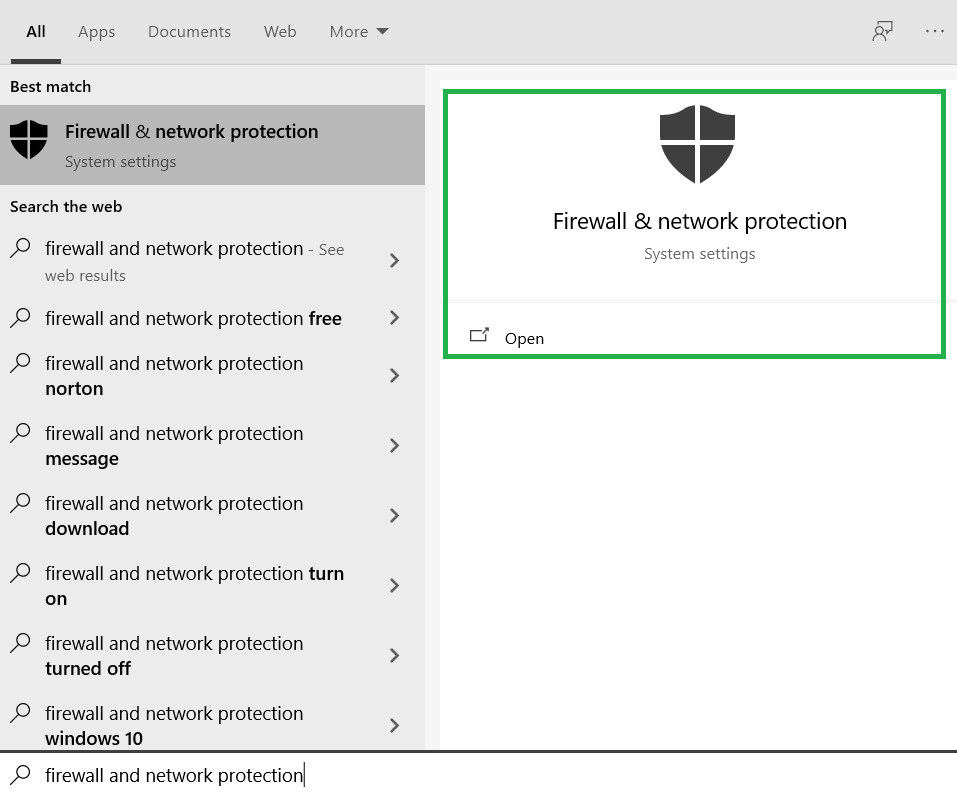 Firewall and Network ProtectionClick on Allow an Application through Firewall. 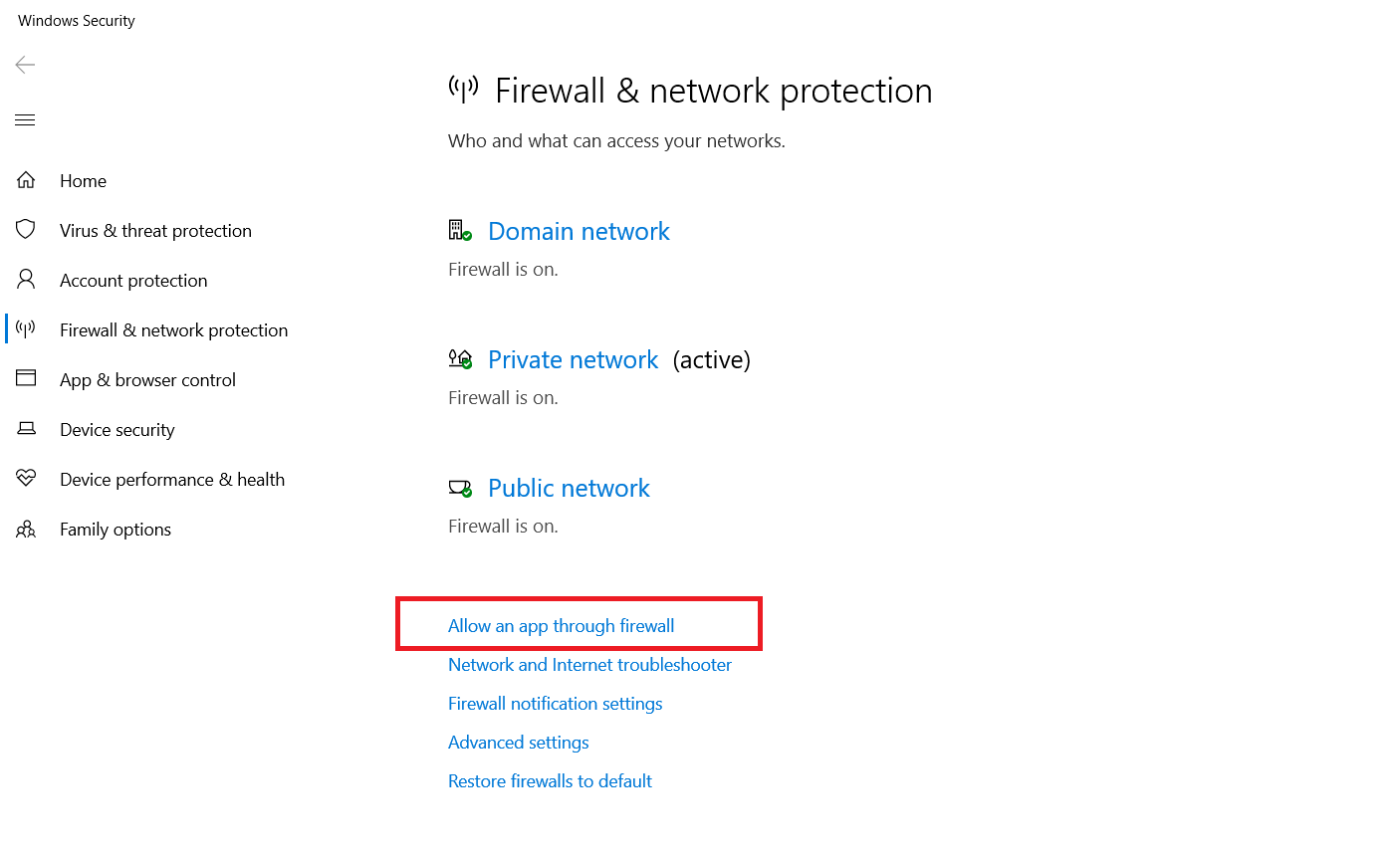 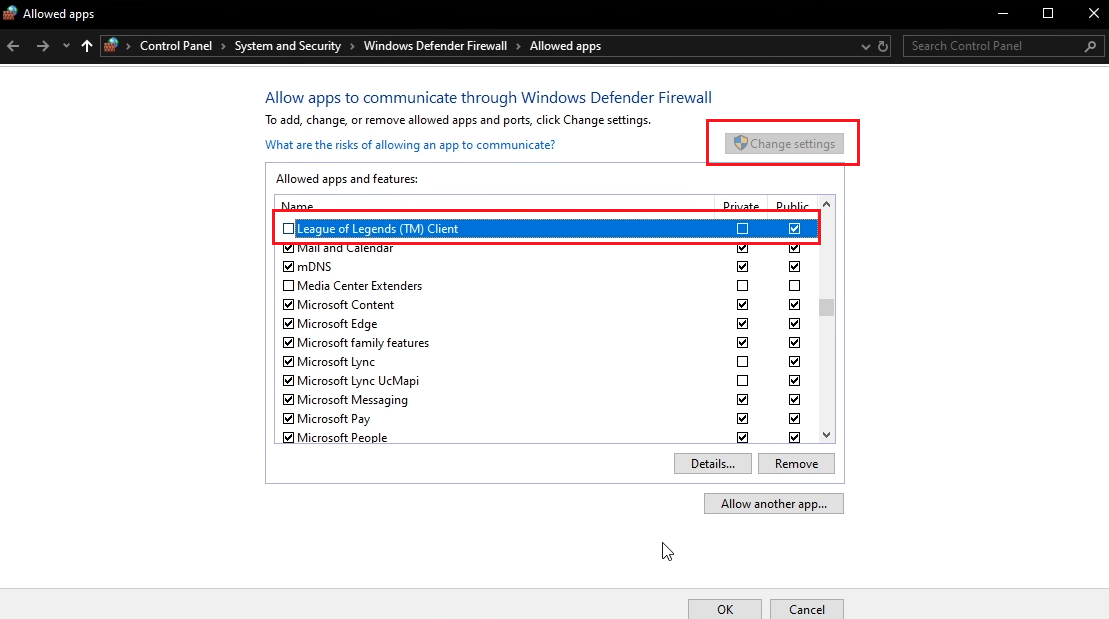 Remove League of Legends from Firewall

Depending on whatever Antivirus you are using. There should be similar steps on allowing certain applications to bypass the security. You should make sure that Antivirus allows Apex Legends to bypass. 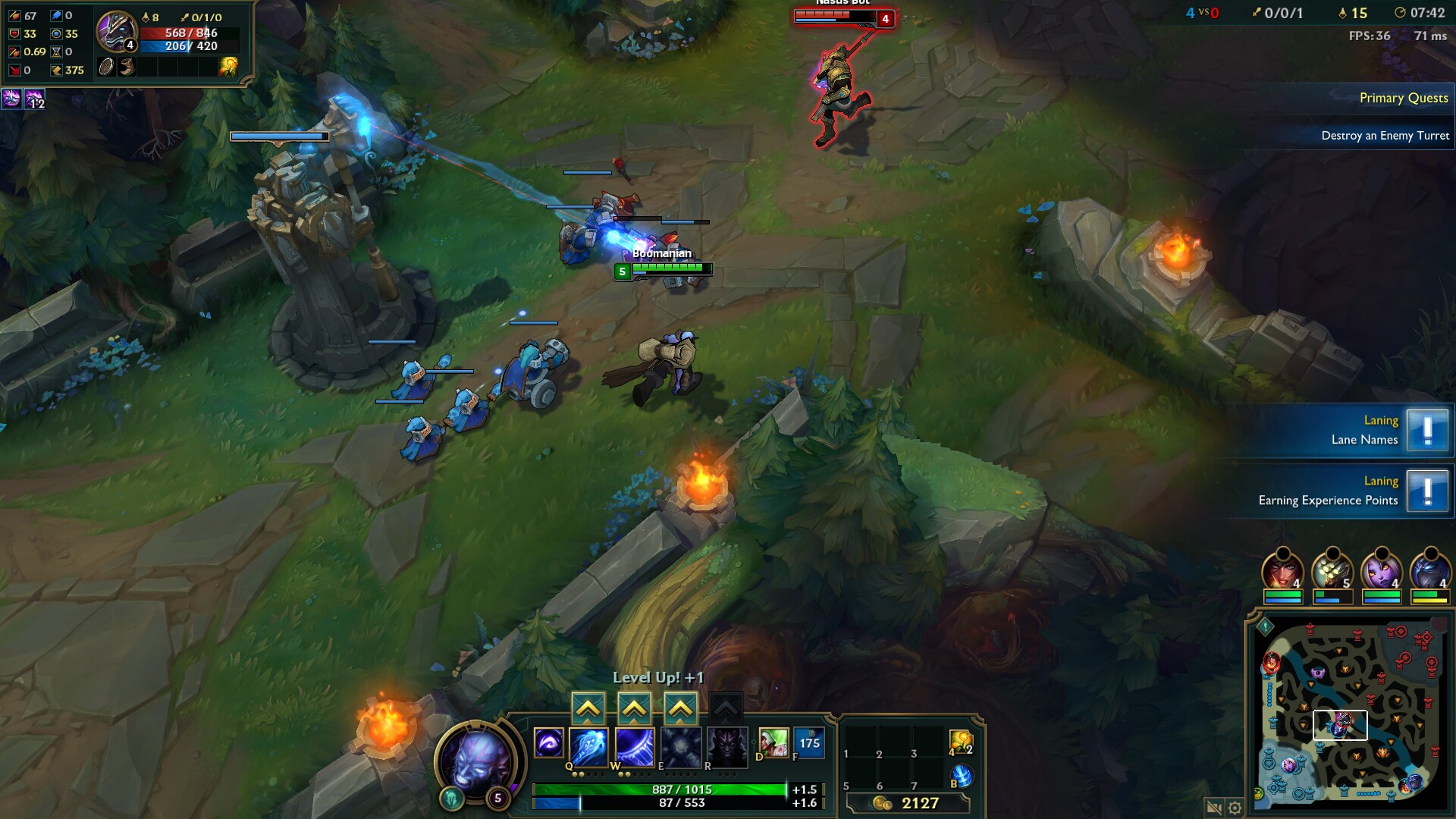 In case, all the methods above did not fix the error for you. Then I’d recommend to Uninstall League of Legends and Its client. Other than this, also make sure that there are no leftover config files that could potentially bring back your settings after fresh Install. By Uninstalling both Client and Game. You will be actually resetting the entire game. Therefore, a lot of bugs, glitches, and settings that could be causing the critical error will change to default. All you have to do is open Control Panel > Uninstall a Program > Uninstall League of Legends. Do the same for the client. 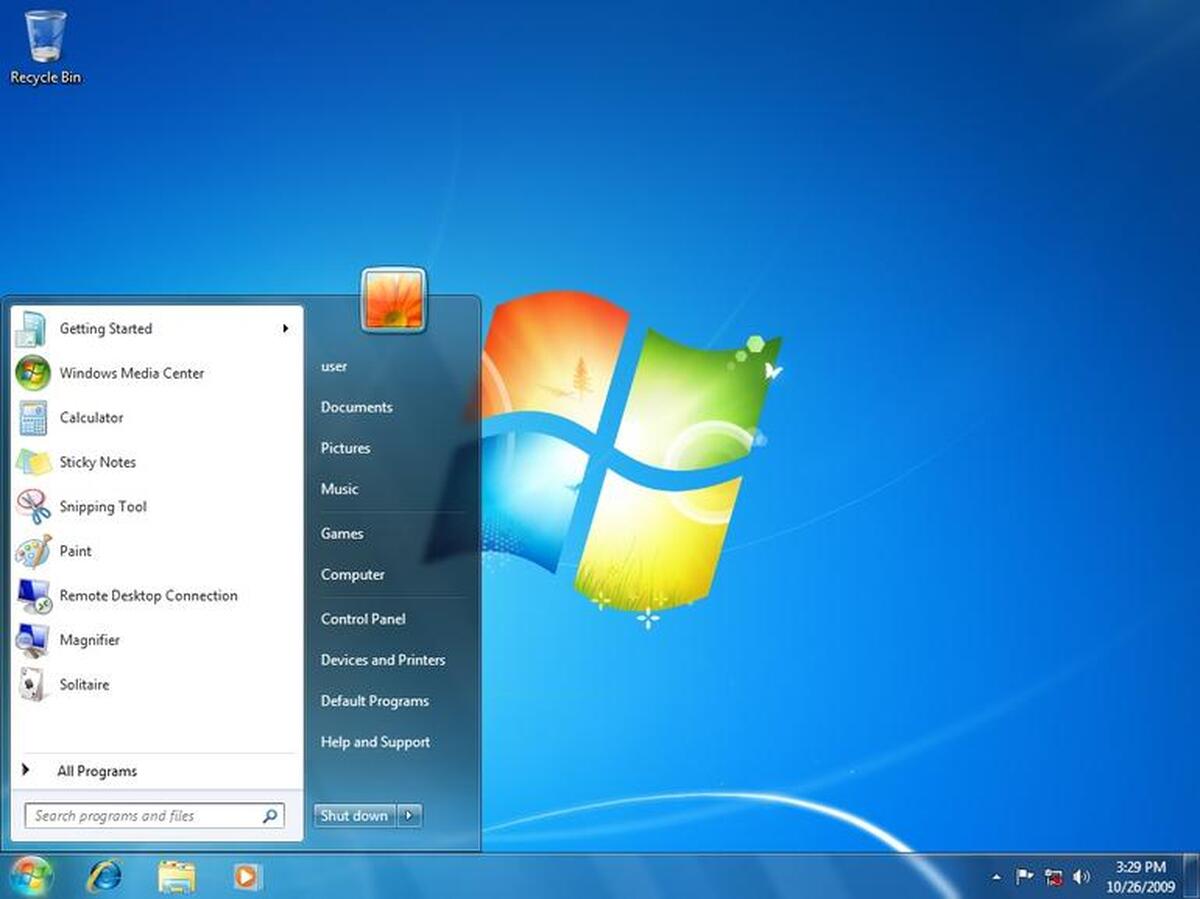 Windows 7 Is a bad idea for League of Legends

There is no debate that League of Legends is extremely bizarre on Windows 7. The game is filled with crashes, bugs, and problems. Windows 7 seems like the last Windows you should be using for Apex Legends.

If by any means you are facing similar trouble in Valorant, check this

Anyhow, if you are still struggling to get rid of this LOL Error. Then you should probably upgrade to either Windows 8 or Windows 10. I’d recommend upgrading to Windows 10, simply because you get to enjoy the latest features and exclusive stuff that wouldn’t be normally available on Windows 7 or 8. Other than this, Riot Games is also known to release new features on their games, that take benefit of Windows 10. 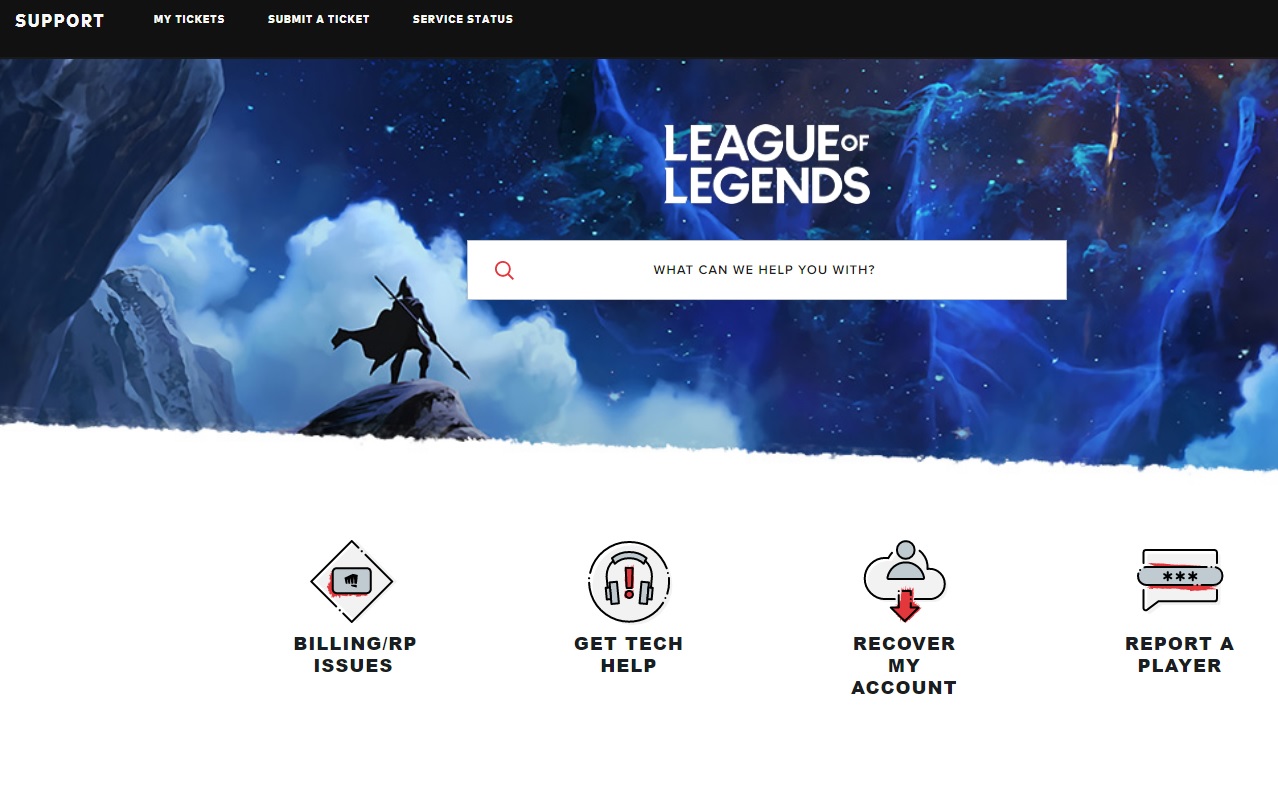 If by any means, If you have followed all the steps above correctly, and the error still did not fix. I think the problem could be much deeper and Riot Games can help you figure that. The support at Riot is pretty, they will assist you with the situation and come up with a solution as soon as possible. Other than this, we have done all the troubleshooting steps, so do not worry. Follow this page, to contact League of Legends support.

The League of Legends critical error is very annoying, I won’t lie. However, looking at the latest threads. I clearly see that they are decreasing, and Riot Games might be up to something that will completely fix it in the future. All the methods listed in this guide are completely safe and proven.

After several requests, we have added and updated old methods to help you fix this error. Suppose, you are still struggling to find a solution, let us know in the comments below!